Warning: Declaration of Struts_Option_Select::customizer_control_options($setting_name, $priority) should be compatible with Struts_Option::customizer_control_options($setting_name, $priority = 1000) in /home/or0slsffb2ao/domains/callthejam.com/html/wp-content/themes/duet/includes/struts/classes/struts/option/select.php on line 0
 | Call the Jam

<3 Steal this Idea, Derby People: A Month of Self-Love <3

January was a stressful, overwhelming month for me, in roller derby and in life. I took over the PR Committee for my league, just as we were gearing up to open our historic 10th anniversary season. I carried on my job of helping out the interleague committee, along with stepping up to manage my team of five at work after my boss got promoted to a different department. We put together a weekly digital magazine, so there’s no real ebb in our workflow. 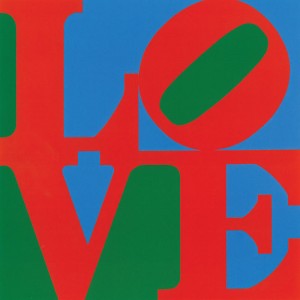 LOVE by Robert Indiana, The Whitney Museum of Art.

I doubt many would consider me a drama maven, but there were tears, there were serious threats to quit everything, there were fantasies of moving to a remote cabin in the woods. Part of this tornado of responsibilities and pressures led me to the decision to declare February a month of self-love. No, not in THAT way, though there’s nothing wrong with that! My focuses: making healthy food choices, ramping up my exercise routine and getting more sleep.

I tend to thrive on some level of pressure and busy-ness, but I can tend to take on too much and run myself in the ground. None of my responsibilities lightened in February, but I tried to make choices that couldn’t help but change my perspective. I gave up booze, a hard one for me because I love the craft beer and cocktails abundant in my city. I rarely overindulge, but I regularly grab a drink or two with friends. (And to be completely honest, I did drink on three occasions, including once when a fresh margarita came free with my meal. FREE, people! I am only human after all.) I abstained from all the little treats that appeared in my office — if you know me in real life, you know I LOVE donuts, for example. Huge donut fan. It was hard. 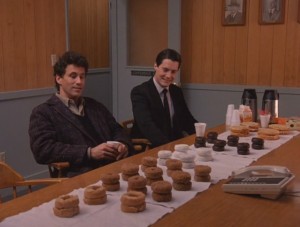 Things that happened in February: I reconnected to my derby practice. I attended a LOT of practice, including the ones not required of me, in part because I needed to reset the balance of my time spent on administrative duties versus actually practicing. In another part because it was a way for me to avoid the temptation of drinking and tire myself out for a deep night of sleep. I’ve always been intrigued by the ritual of kengeiko, which I learned about from a friend who practices Aikido. It’s a tradition among martial artists, who — for a certain period of time at the beginning of the year or in the cold of winter — practice daily to revive and cleanse their spirits and refresh their commitment to practice. To this end, I attended all five practices the first week in February. With extra credit for working out, my total attendance percentage for the month was over 100%.

Other things that happened: I chose more healthy activities in my free time throughout the month. I did yoga every Saturday, I did 12 miles of trail skating with friends when the weather took a nice turn, I did a few workouts at home, I did even more yoga before bedtime. (I kind of suck at yoga, but it makes me feel good.) I went to more workout classes at work. I cooked a LOT, more than I’ve ever cooked before. I ate most of what I had in the fridge, throwing out fewer rotting veggie ends because of less going out to eat (another indulgence of mine). I rediscovered tea. I drank lots of La Croix fizzy water. I lost some weight, which is less important than the fact that I visibly lost fat around my midsection.

It wasn’t all bunnies and roses, though. I was irritable sometimes, especially in the beginning of the month. I got short-fused by the time Thursday practice rolled around on several weeks (sorry, teammates). I was less social by far. Cooking more at home means more dishes, which I have to wash by hand and I dislike. This became especially hard when I broke my hand again three weeks into the month and was relegated to a splint. I didn’t always sleep as well as I hoped — sometimes my body was amped and buzzing from all the exercise. But I really think I pushed the reset button on some bad habits I was falling into, like having to eat every donut and cupcake that appeared in the office kitchen, like feeling like a martyr to league work, like spending too much money on food and alcohol while out on the town, like comforting myself on a bad day with less healthy food choices. Even though I was denying myself some things I really like, I also felt like I was caring for myself, limiting my mental focus and being nice to my body. I just generally feel better about myself and excited for derby.

Please feel free to steal this idea or any part of this idea if it works for you next February — I like that it’s Valentine’s month and also a short one! (It’s also not January, when we tend to overwhelm ourselves and quickly abandon goals and good intentions for the new year.) Or set a goal that works for you at any time. I don’t think caring for yourself has to be a self-centered or narcissistic pursuit. A lot of us derby people give a lot of ourselves to other people, and I think we can do that even better when we take care of ourselves first.